I picked up this Videotek TVM-675 Waveform Monitor/Vectorscope really cheap recently. The seller said “It’s not working, so we’re selling it ‘for parts or repair’ so make us an offer.” I went to look at it and — sure enough — it wasn’t working right. The trace was not visible and there was no light for the graticule/scales in the display. So I paid them, brought it home, and went to

work on it. A few adjustments later I had the trace re-centered and found that the calibration was perfect, like it had just left the factory. There was no light for the graticule because all four bulbs used to illuminate it were blown. In fact, one of the bulbs was broken.

For a cost of $4.48 and about 45 minutes of my time, I took out the illumination board, replaced all the lamps, reinstalled the board, and now she’s working and looking like new, with the exception of a few dings in the metal case, although those have no effect whatsoever on the performance of the monitor/vectorscope. I had to special order the lamps because they’re 28 volt bulbs which are not stocked locally due to the fact they are not used in as much equipment as in days gone by — most equipment has gone to L.E.D. illumination. If I ever have to go back in and replace any of the lamps again, I might just do a modification to the unit and convert it to L.E.D. illumination, but for now I wanted to restore it to original, good working condition without a lengthy modification job.

This device is used for a lot of purposes in video work. It’s used to calibrate equipment for proper video levels and color, such as color bar generators, video cameras, videotape machines, etc. It’s also used to make sure that they are all synchronized, otherwise when you switch

between video sources, things get really weird — the picture on the monitor or television will roll, flicker, tear, and act generally stupid. The colors (especially flesh tones) will look strange if the color phase/hue and red, green, and blue colors aren’t all correctly set up.

Due to my physical disability, I’m much more limited in the number of repairs and projects I can take on lately, but this one was pretty easy and resulted in a piece of critical equipment I can put to use for other projects as I’m able to take them on, such as adjusting surveillance cameras, working on editing and broadcast equipment, and testing items I pick up here and there to service, repair, and re-sell to try to keep the lights and water turned on, as I’ve found the latter two services to be somewhat nice to have. 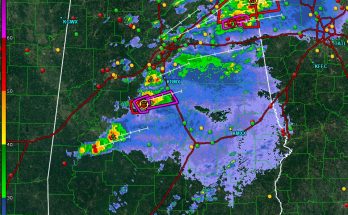 How To Put An End To Any Future Drought 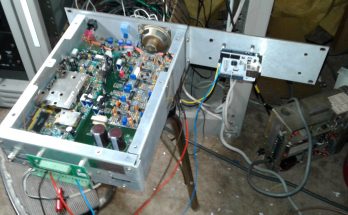 The First Project of 2019 – Simulcast Telemetry System Build and Installation 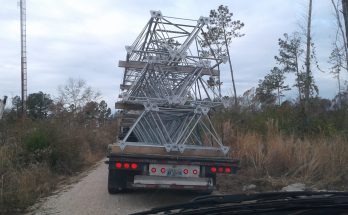 View all posts by Dan →